On February 17, 2018 Europe’s youngest country celebrated the 10th anniversary of its independence.
More than 13,000 people were either killed or disappeared during the Kosovo War, which ended in 1999. Today, relations between the country’s ethnic Albanian majority and its isolated Serbian minorities remain relatively peaceful. However, NATO maintains 5,100 troops stationed in Kosovo as a deterrent. Meanwhile, Kosovo’s independence is recognized by just 53 per cent of UN member states.
The country is trying to move forward but the failure to prosecute war criminals for crimes committed during and after the war, has only further hampered efforts at reconciliation. “Until I can bury the bones” explores the war’s impact on Kosovo’s national identity as it confronts the dark legacy of the conflict.

A young boy runs past a bombed-out schoolhouse near the village of Zhegovc, which was destroyed during the Kosovo War. A new elementary school has since been built right beside the one that was destroyed. Kosovo has one of the youngest populations in Europe, with more than 70 per cent of people under the age of 30. 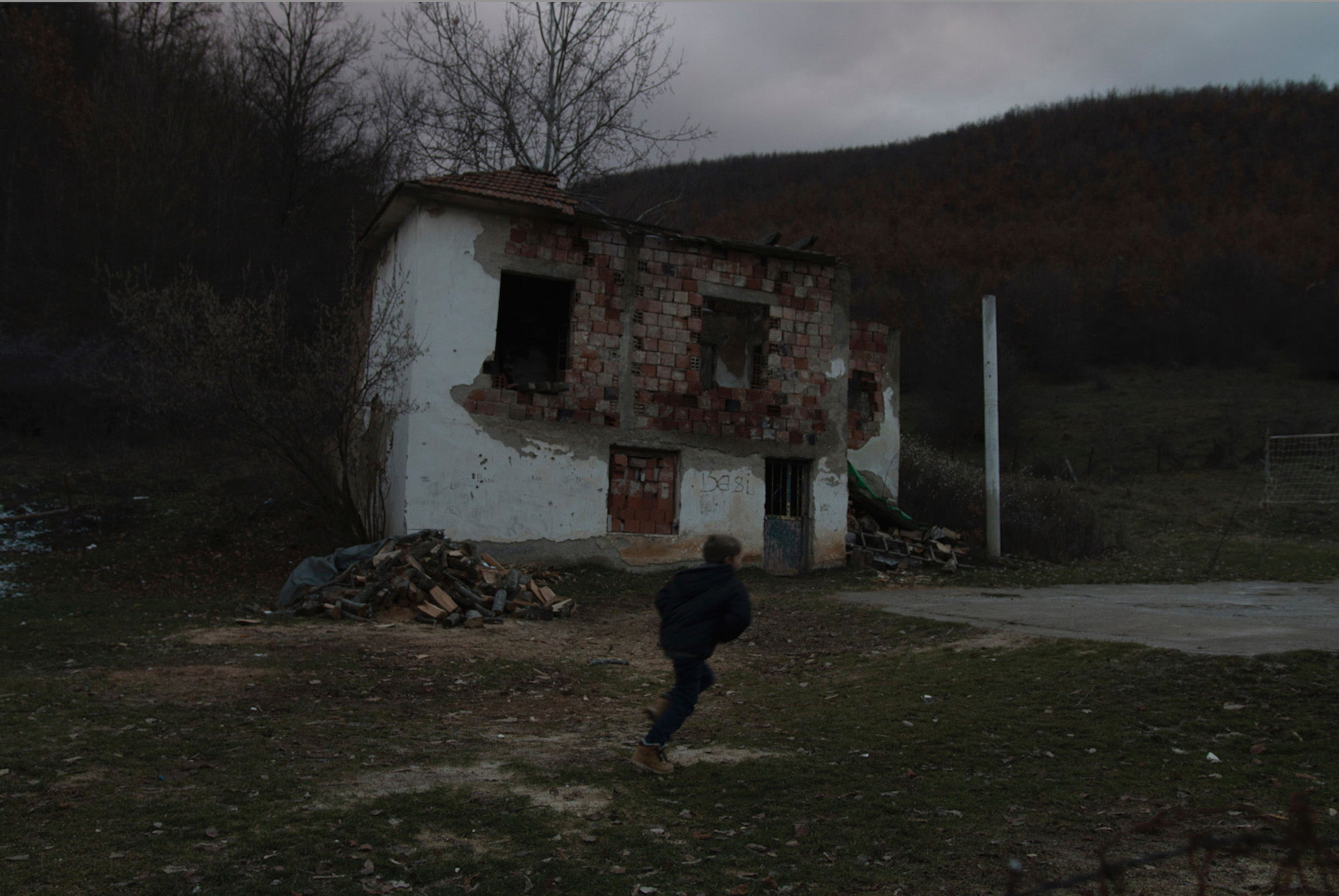 Halil Hajdini, who is in charge of maintaining a mausoleum that houses the unmarked graves of a family of Ottoman warriors in Vučitrn, looks out the window. Although it has since been rebuilt, Vučitrn is one of several cities in Kosovo which was extensively damaged by Serbian forces during the war. 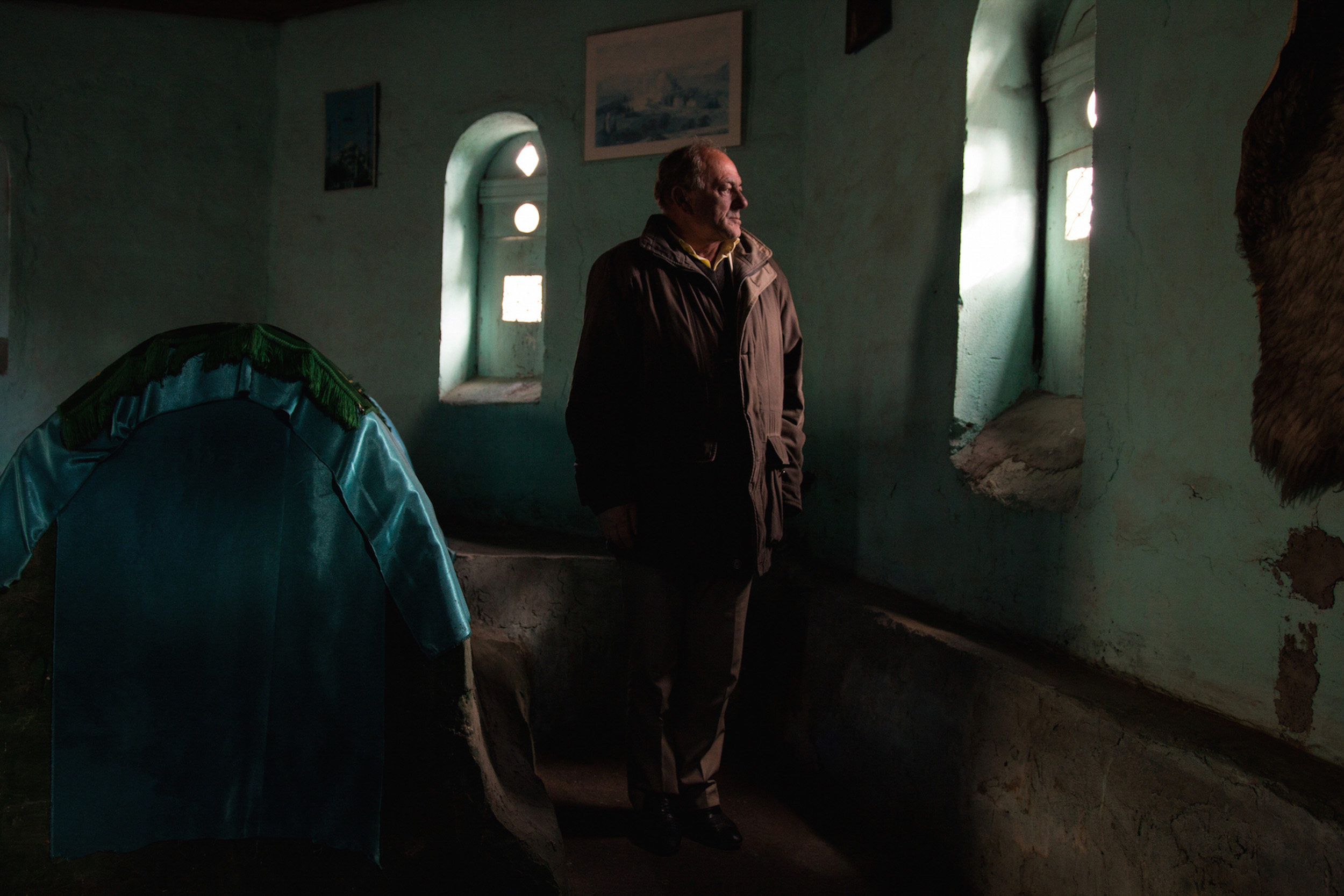 Kosovars watch Pristina-born British singer Rita Ora perform on one of dozens of big screens that was set up to watch a free concert celebration of the Kosovo’s 10th anniversary in the capital on February 17. The show, which ended with a massive fireworks display, was headlined by Ora who is considered an icon in Kosovo. 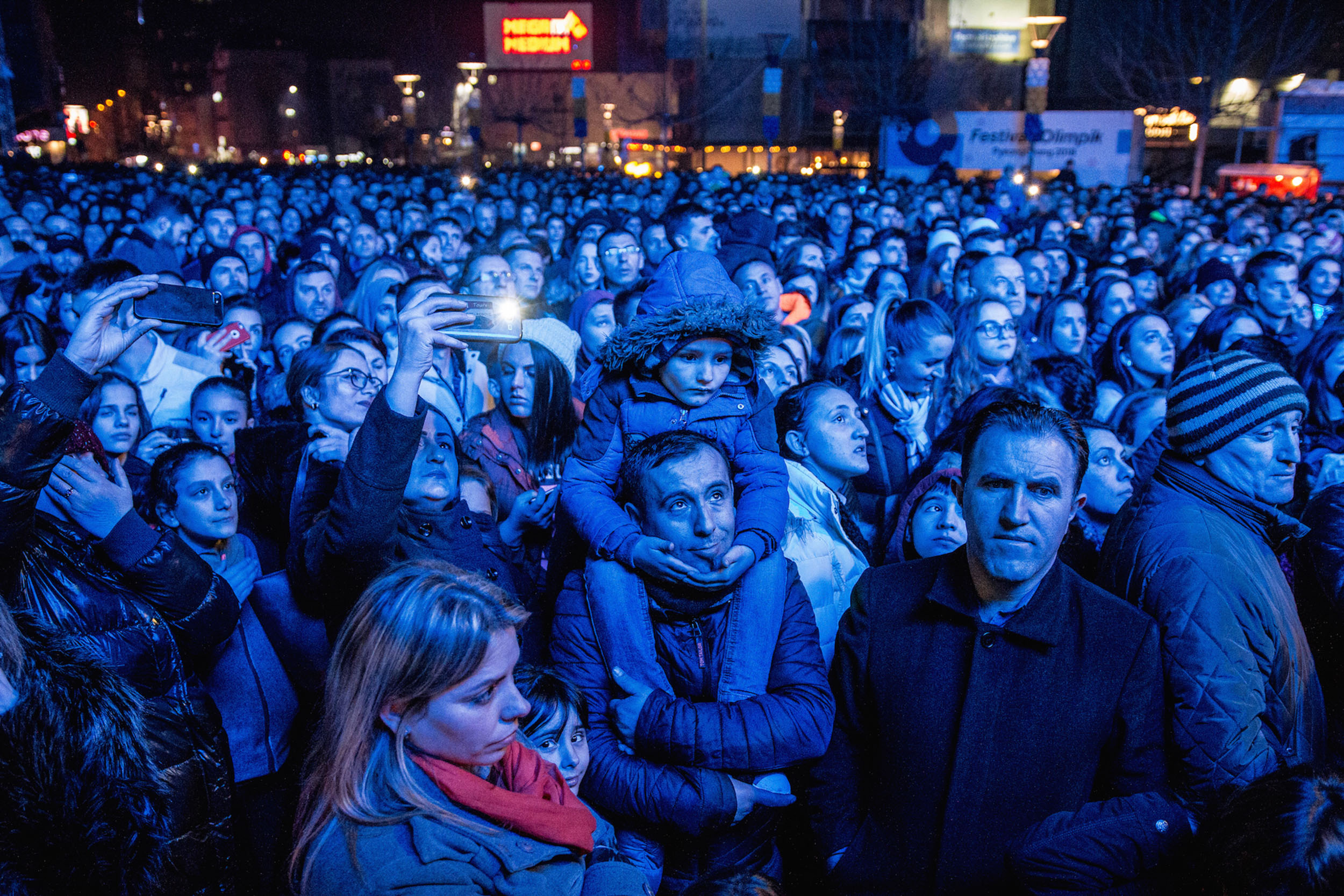 A traditional Albanian dance group visits the home of former KLA leader Adem Jashari, which has been preserved as a national monument, on the 10th anniversary of Kosovo’s independence. On Saturday hundreds of people came from all over the country to pay their respects to the bullet-ridden house in Prekaz where Jashari and more than 50 of his family members were killed by a Serbian onslaught at the onset of the war. 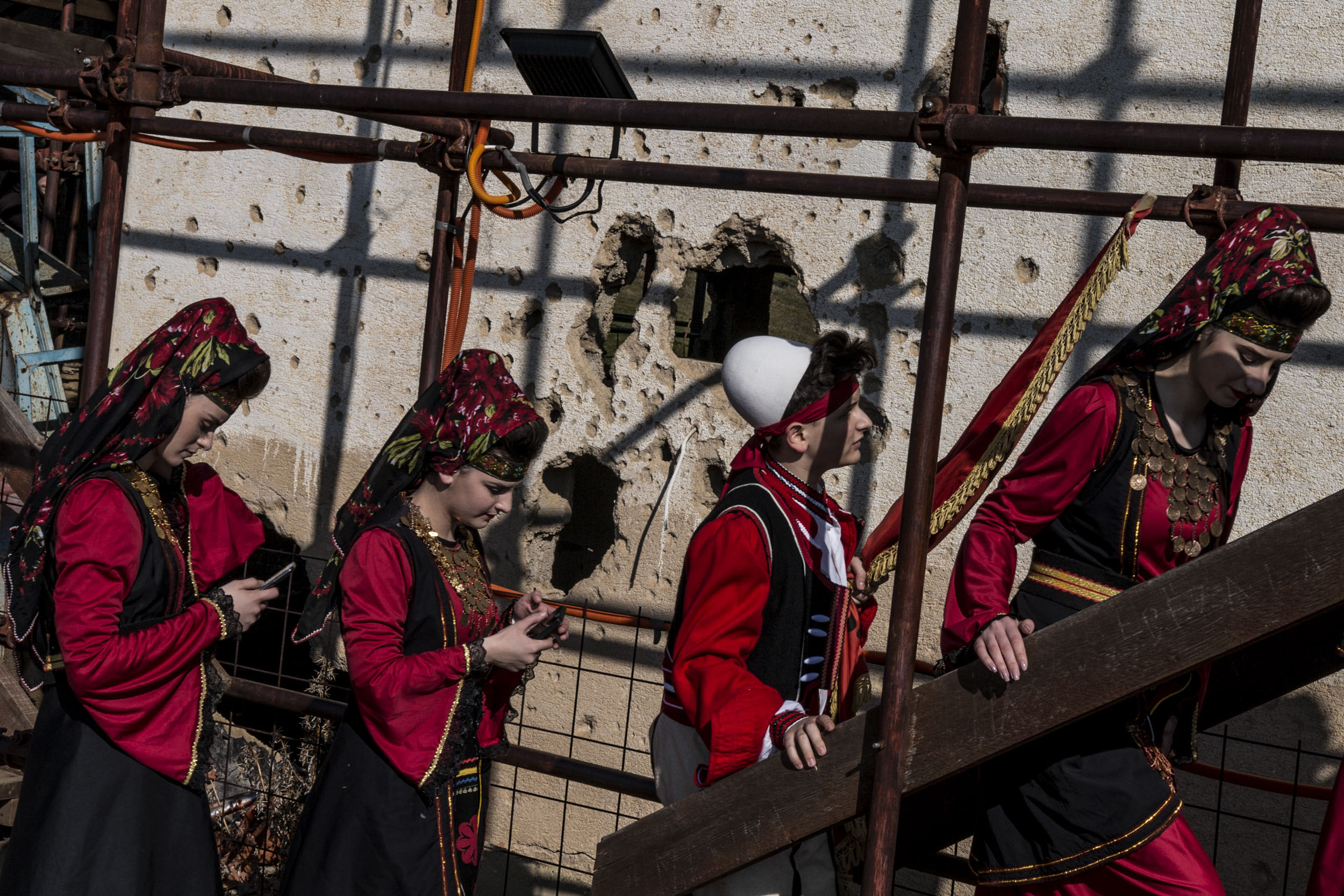 A portrait of Adem Jashari, who was a leader of the Kosovo Liberation Army, hangs in a youth centre in downtown Pristina during a kickboxing tournament held in his name on November 18, 2017. Jashari and more than 50 of his family members, including women and children, became martyrs for Albanian Kosovars after they were massacred by Serbian forces during the war. 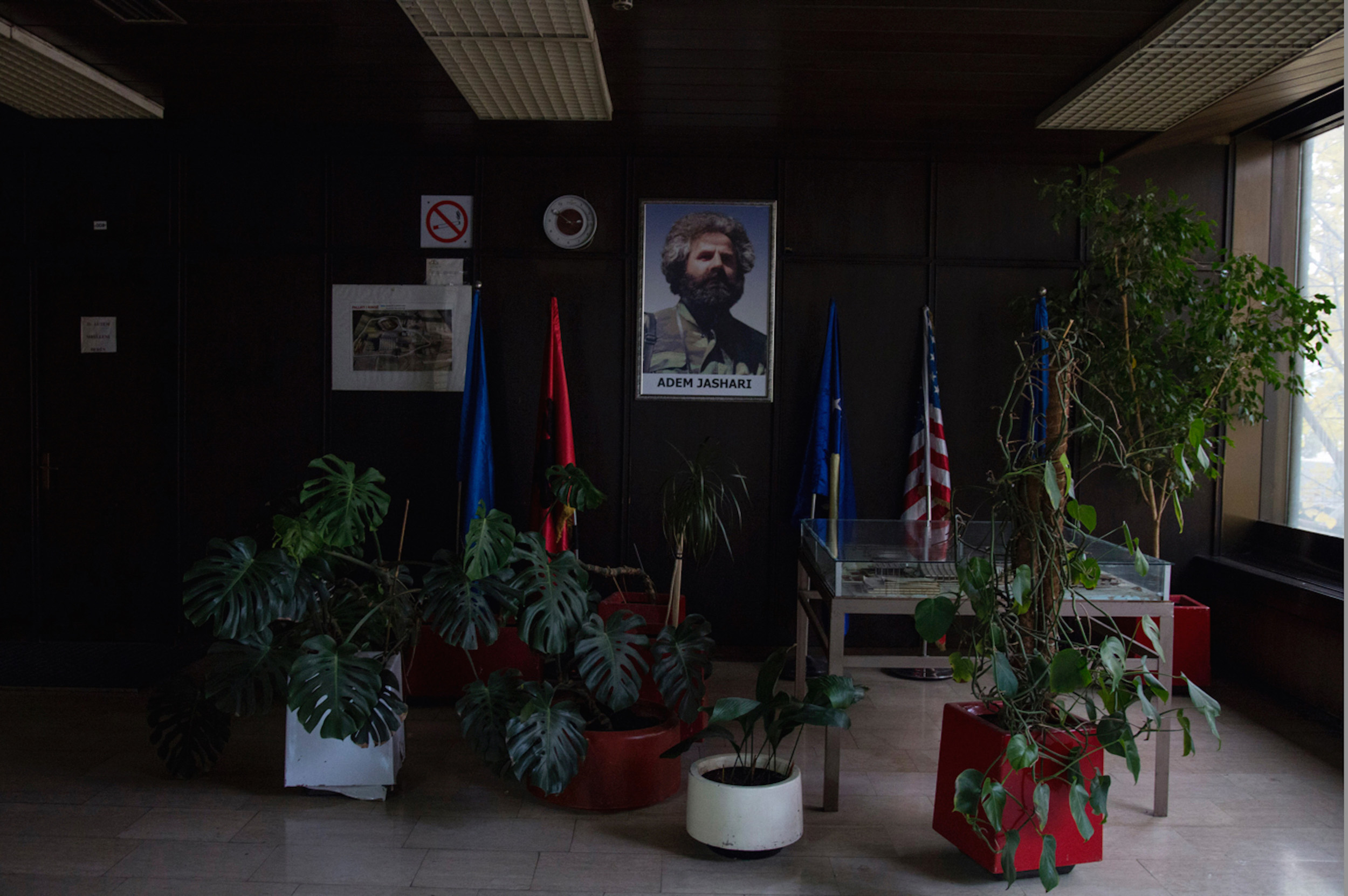 Members of the Kosovo Security Forces take part in a training exercise in a destroyed village, abandoned since the war. Last week Kosovo’s government voted to transform the force into a national army. There has been a significant outcry by neighbouring Serbia’s President Aleksandar Vucic, who has accused Kosovo of wanting to expel the country’s Serb minorities from the country. Kosovo has recently made an effort to try and integrate more minorities into the forces. At the end of November, the homes of two Serbian members of the KSF in the heavily-Serb populated north of the country were targeted by a grenade attack. 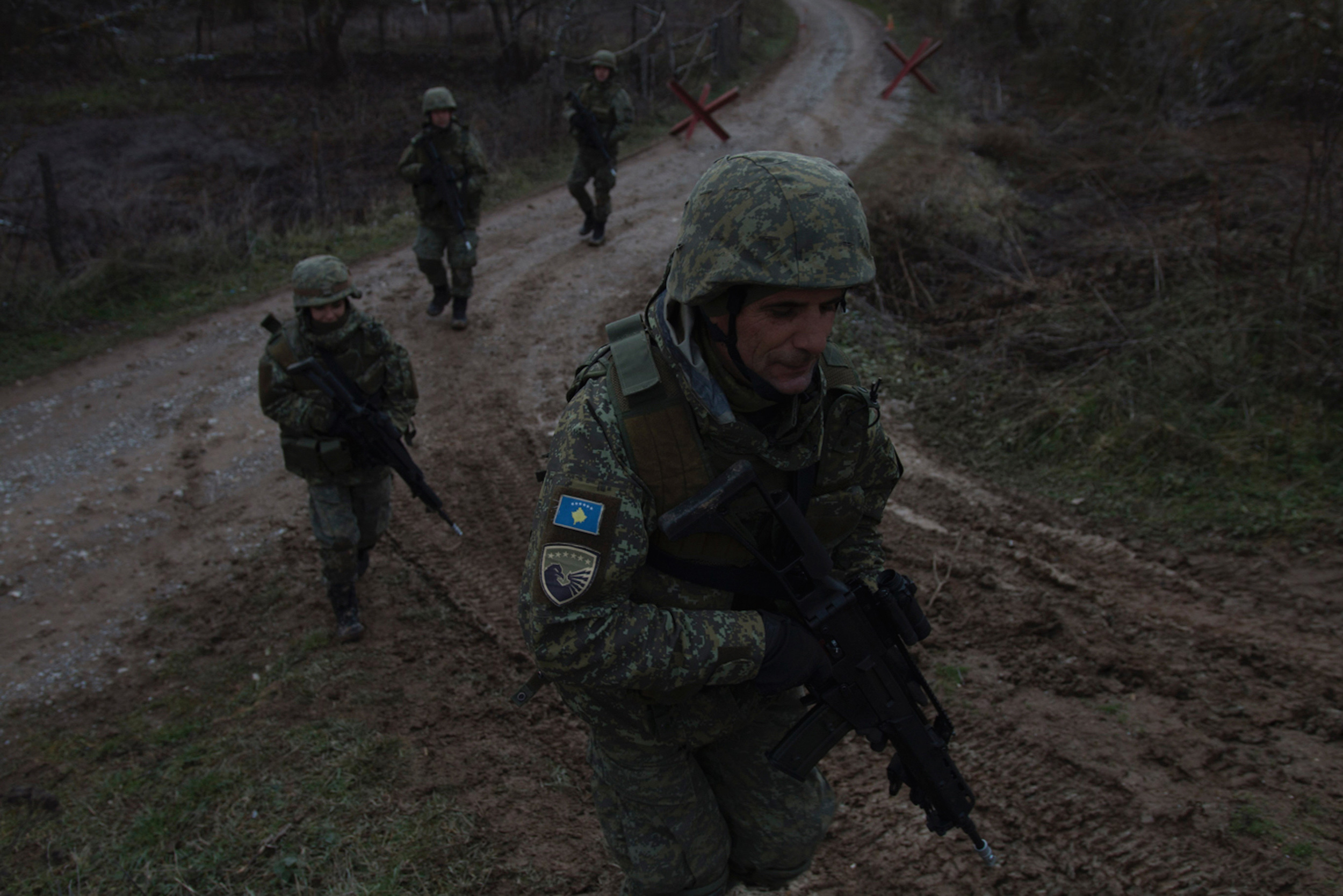 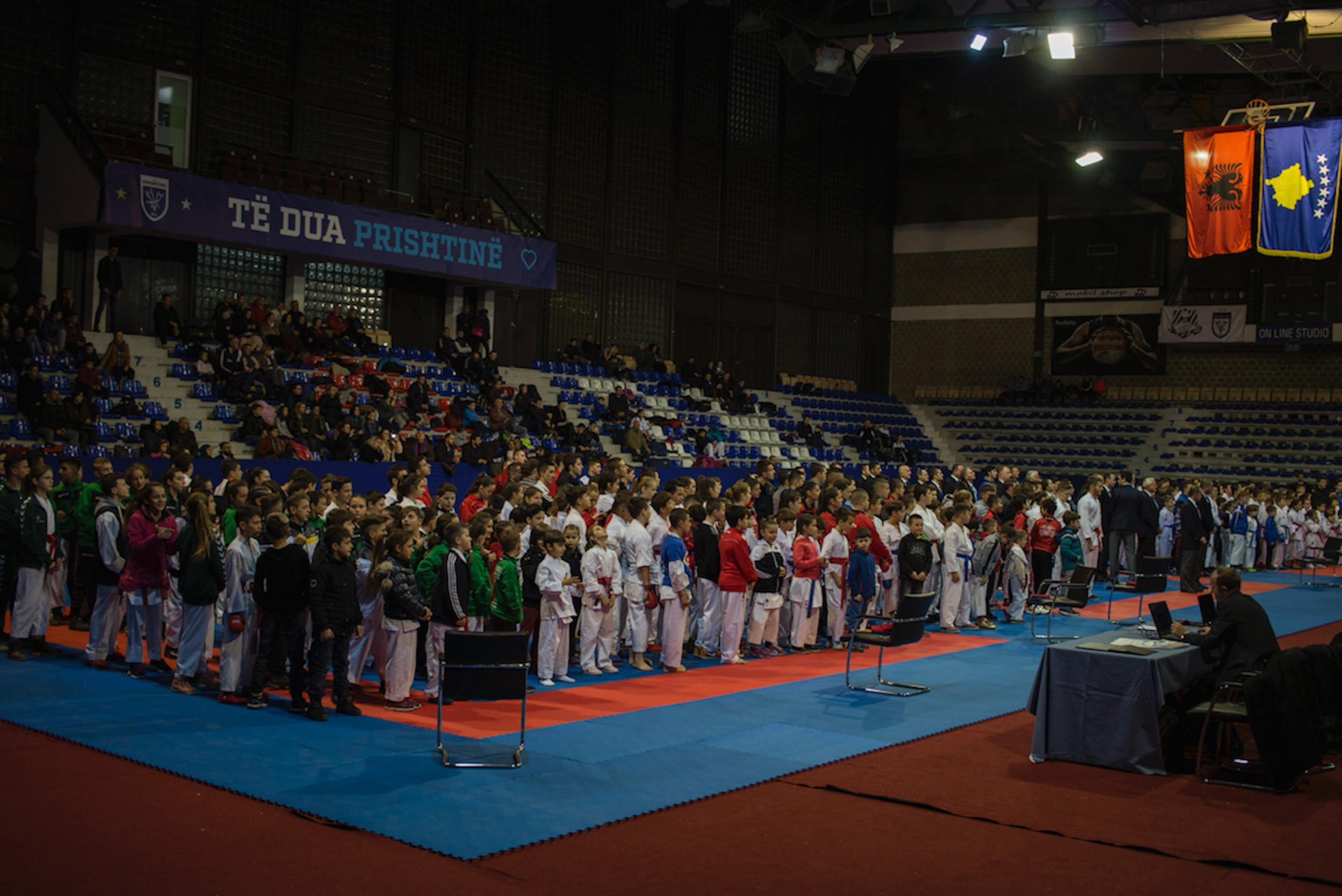 People use cellphones to light up a nightclub in Pristina during a power outage on December 1, 2017. Kosovo, which sits on the fifth largest supply of ignite coal in the world, has it power generated almost entirely by two ageing and unreliable coal power plants. Although they have been reduced in recent years, power outages were estimated to contribute 300 million euros in private sector losses in 2016. In December 2017 Kosovo signed a deal with an American power company for the construction of a new 500-megawatt coal-fired power plant, representing the largest foreign investment in Kosovo’s history.

Youth in Pristina enjoy a beer at Sabota after the leftist collective was illegally searched by a group of several dozen police, including several plain clothes officers. Sabota is a community-run organization encompassing a mix of anarchists, socialists and communists. Their small community centre regularly hosts themed nights ranging from film screening to concerts. Concerns over the unconstitutional search by police were voiced in national news outlets the following day.

Youth from remote Albanian and Serbian villages walk through the hills of Germia just outside of Pristina during a camp intended to encourage reconciliation between Kosovo’s two main ethnic groups. The camps are run by Nazmi Hasanramaj, who was one of the first three Kosovars to climb Mount Everest in 2017. 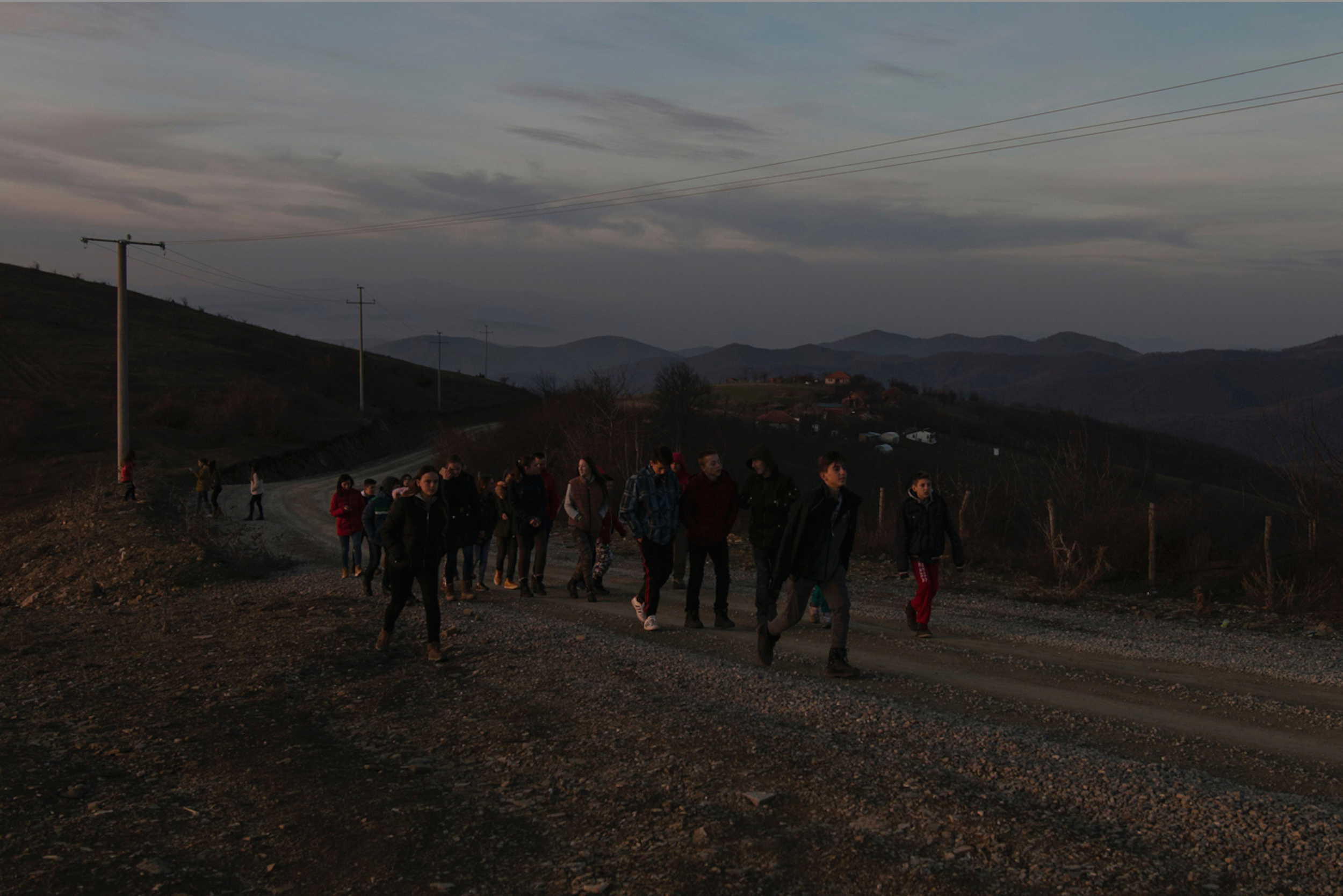 The Magenta Foundation gratefully acknowledges the support of TD Bank Group for their ongoing commitment to Flash Forward and to emerging artists.